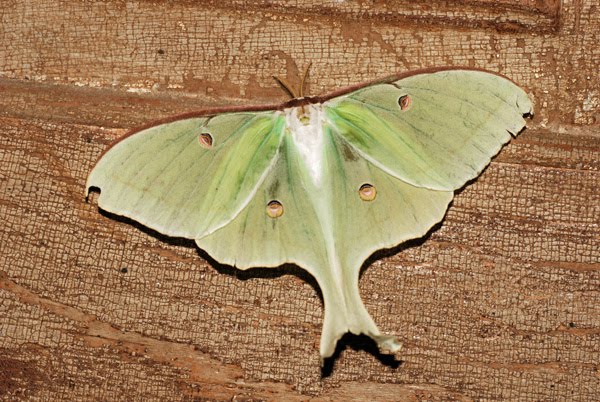 This spectacular moth is the Luna Moth (Actias luna), they are a member of the Saturniidae family which are the giant silk moths. This one was captured last night at a mercury vapor light. I brought it in to photograph it. She laid eggs, that I will place near some walnut or hickory trees. I kept her to give to two little boys who are beginning their own insect collection. They had one BIG request...they wanted a Luna Moth. They will be very excited when I give them this moth. Many people wonder how I can kill something so pretty. I explain it to them this way.... Her lifespan is not meant to be any longer than a week. Within that week she will mate, lay eggs and perish. Often times she will become haggard and torn and be a mere shell of her former glory. If they have laid eggs to continue the next generation then I feel no guilt in preserving one of these beauties for other people to enjoy and appreciate. Last August I did a post about these beautiful moths after finding one in the Tennessee Smoky Mountains that had just emerged. Tenessee Luna Moth. I left this moth alone, as she had not had to opportunity to find a mate yet, and also because we were in a National Park....permission before collecting ALWAYS!
Posted by Shelly Cox at 2:02 PM