A friend and co-worker found this funny, historical account of a Missouri and Iowa famous debacle. I thought it was funny enough to share, and wish I knew who wrote it to be able to give appropriate credit. I hope you enjoy reading a bit of Missouri history as much as I did.


Settlers imported the first honey bees in 1638. Once bees escaped into the forests, they quickly adapted and spread, and by 1821 when Missouri became a State, the wild bee tree was a prize for a settler with a sweet tooth. It also was the reason for the weirdest near-war in the State's history, the abortive Honey War of 1839. 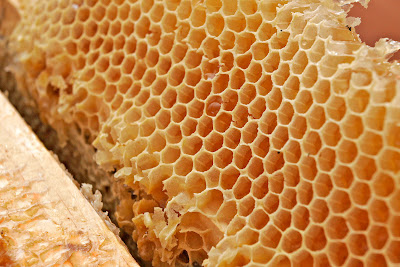 The Honey War today is remembered only by a few historians. It didn't last long and it didn't amount to much, but as wars go it was the best of all possible worlds. It provided entainment for everyone and no one got hurt.

There's a metal marker on the northeast Missouri farm of Mr. and Mrs. Charles Longnecker. It's about three feet high. Time and the Des Moines River silt are burying it. Mrs. Longnecker's late father, Albert Evans, who rented the farm around World War I, remembered the post as being his height.

Perhaps in another century, the rich dirt will bury the last monument to the silliest war in American history, the Honey War. In 1839, Missouri and Iowa mobilized their ragtag militias, ready to start shooting over who owned the wild river bottom full of bee trees.

The dispute got its name when a Missourian, whose name apparently has been lost by historians, cut three bee trees in an area claimed both by Missouri and Iowa. The trees were valuable both for honey, which sold for up to .37 cents a gallon, and for beeswax, which was used in various ways, such as making beeswax candles.

Iowa tried the bee tree thief in absentia and fined him $1.50.

That inflamed Missourians, who have never been reluctant to bash heads over real or imagined wrongs. Missouri had been a state since 1821. Iowa Territory was about to become one, so the legal boundary between the two was an immediate issue. 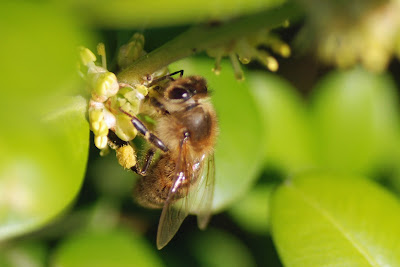 In 1837, Joseph Brown, a Missouri surveyor, set a boundary line which no one paid much attention to. In 1838, Major Albert Lea, a federal surveyor, laid out four possible boundary lines, all representing different interpretations of historical data.

The contested area between Lea's southernmost possiblity and the northernmost was about 2,600 square miles, ranging from nine to eleven miles wide from the Des Moines River west to the Missouri River.

Missouri Govenor Lilburn Boggs, a contentious type, proclaimed in August 1839, that Brown's 1837 boundary, the northernmost line, was the state line. Perhaps Boggs was ticked off because the tree cutting Missourian had been fined by Iowa in what Boggs considered Missouri.

Almost immediately, Iowa Govenor Robert Lucas authorized the arrest of anyone trying to exercise authority in what he called the "Seat of the excitement".

Enter Uriah (Sandy) Gregory, Clark County sheriff from Missouri. He was ordered north into the contested territory to collect taxes on, among other things, bee trees.

Most of the residents in the "seat of the excitement" were Iowans by nature and they ordered Sheriff Gregory to go home. he was outnumbered 1,200 to one, so he prudently went back south of all possible boundaries.

Plaintively, if ungrammatically, he wrote Governor Boggs, "I am at a loss what to do, the Citizens of that territory two-thirds of which is hostile to the officer and declare if I pretend to use any authority which I am invested by the State of Missouri, they will take me by fourse and put me in confinement".

Governor Boggs ordered Gregory to get those taxes. The Iowans weren't kidding. They took the beleaguered sheriff by "fourse" and confined him in Burlington. He later said they treated him pretty well and let him roam around town, but wouldn't let him go home. He apparently enjoyed enforced vacation and seemed relieved to have his problems solved for him. 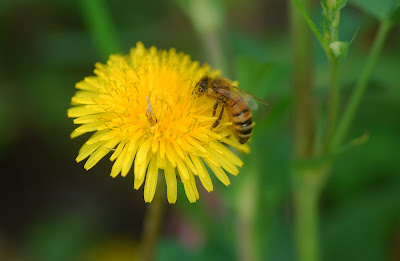 It was now December, snowy and bitterly cold. Both sides began to arm for battle. The alarmed Governor Lucas prophesied, wrongly as it turned out, that the dispute "might ultimately lead to the effusion of blood." He called up 1,200 men who cried, "Death to the Pukes," and drank plenty of whiskey. They were a bit officer heavy. They had four generals, nine general staff officers, 40 fields officers and 83 company officers.

The Missourians tried to raise 2,200 militamen, but less than half showed up. However, they were armed with the latest technology: one carried a sausage stuffer. The mind reels a bit at the thought of the probable effects of an attack with a sausage stuffer.

Meanwhile, Clark County officials, exhibiting rare common sense, sent a delegation to Iowa to work out a truce. The two sides came up with a classic political solution: they dumped the problem in the lap of the federal government and both sides told their soldiers to go home.

The Lewis County, Missouri, militia had spent two nights bivouacked in the cold and snow without tents or enough blankets. They did, however, have plenty of whiskey. One company brought six wagons of provisions and five of them were reputed to be filled with booze.

Even so, they weren't the happiest of campers. They wanted to shoot something. So they split a haunch of venison, labeled one half "Govenor Boggs", and the other "Govenor Lucas", shot them full of holes and held a mock funeral.

Then both sides made a rowdy retreat and the Honey War was over. Ultimately, the two states compromised on a state line close to the middle of the four possible boundaries, and in 1850 set markers every 10 miles.

Some have vanished (one showed up in the back yard of a fraternity at Northwest Missour State University in Maryville, MO), but many still exist. However, the one on the Longnecker farm is the only one to mark the "Seat of the Excitement"
Posted by Shelly Cox at 10:51 AM