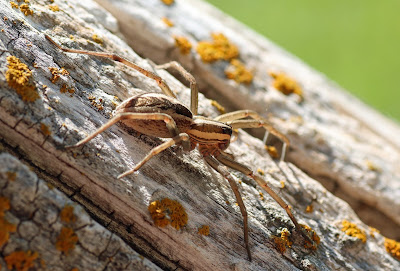 With a name like Rabid Wolf Spider, they sound like the stuff of nightmares and for anyone with arachnophobia these large, often defensive spiders would be. While the name suggests a maniacal, crazed spider that will chase you down and attack you, this simply is not true. While they are prone to stand their ground and may behave in a way that suggests aggression, they usually will choose to run away. Like all spiders they have venom that is used to liquefy the insides of their insect prey, the venom isn't known to hold any medical significance to humans though. While harmless, the bite would be painful, after all they do have large fangs.

Rabid Wolf Spiders (Rabidosa rabida) are found throughout the Eastern United States and are more frequently encountered in the fall when the large females are roaming around, often carrying an egg sac with them, or perhaps a passel of spiderlings on their backs. They are very protective, attentive mothers that will carry their offspring with them for up to 6 months. This added protection helps guarantee their protege will survive to carry on theirs and their partners genetics to the next generation.

There are several species of wolf spiders in this genus, and there is one that looks almost identical to the Rabid Wolf Spider. The Dotted Wolf Spider (Rabidosa punctulata) has a series of dots on their abdomen, if you are able to see them. Both are predominately yellow with bold dark brown or black stripes. On the Rabid Wolf Spider, the stripe is wavy and enclosed by lighter areas. The males have black front legs. Both are large with body lengths up to 1 inch and legspans up to 3 inches.

Depending upon how you feel about spiders, if you want to find them look in wooded areas, in areas where trash piles up, near ponds or other water sources and they seem especially fond of cotton fields.....or if you don't wish to find them avoid those types of places.

Unlike orb weavers that build beautiful, elaborate webs, wolf spiders use silk to create egg sacs for their eggs and to wrap their food up to consume later. They do not create webs for capturing prey, instead they are wandering spiders that roam around looking for good hunting grounds, then they will sit and wait for food to come to them. They will slowly stalk any prey that happens to wander too close, and then pounce, much like a cat would do, grabbing their prey and injecting venom that begins dissolving tissue which allows the spider to slurp out the liquefied insides like an insect slurpee. Some liken their behavior to wolves who also stalk their prey, and this wolf-like or dog-like stalking behavior is what earned them the common name of wolf spiders.
They are predominantly nocturnal, and hunt for food under the protection of nightfall. Wolf spiders make huge protein packed meals for hungry birds and other animals. 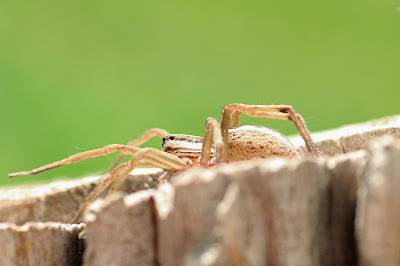 This particular species is long lived for a spider and may live up to 2 years or little longer. In colder climates they will hide out under logs, behind the bark of trees or in human structures. I find wolf spiders in my basement frequently and they are allowed to stay for the free insect control they provide. If they make it upstairs in my living area I gently escort them outside.

If you have have a phobia of spiders the thought of letting a spider live outside your home can bring about a panic attack, letting them live inside your house is down right unthinkable. I understand this completely as someone who had arachnophobia most of her life. I spent 4 years conquering my fear and now I am enamored with spiders and own 3 tarantulas. No more killing spider for me. I would encourage others to let the spiders live and try to put your fear aside and recognize the good they are doing by getting rid of harmful insects like cockroaches, crickets and other pests. 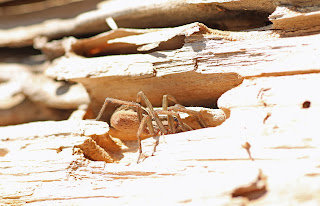 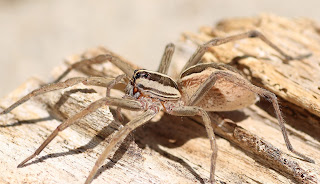 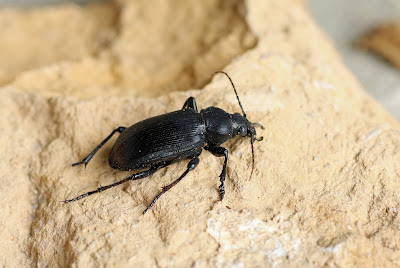 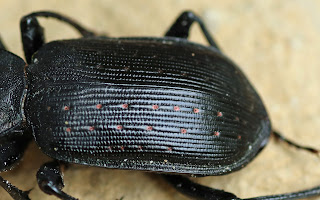 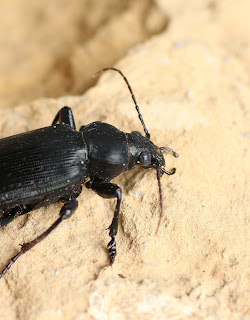 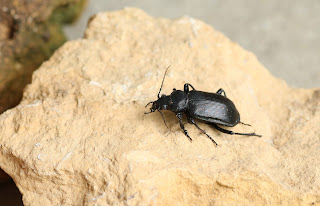