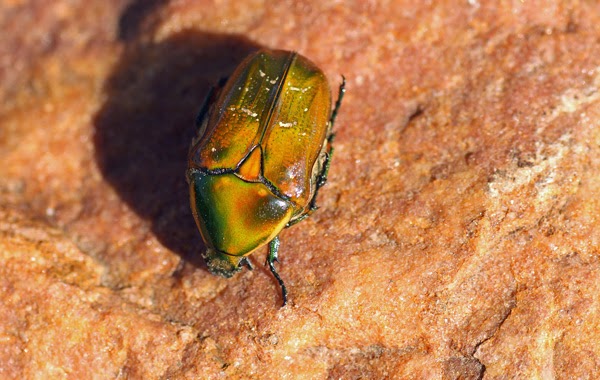 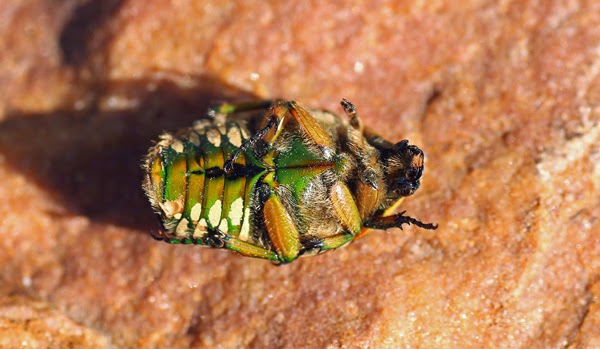 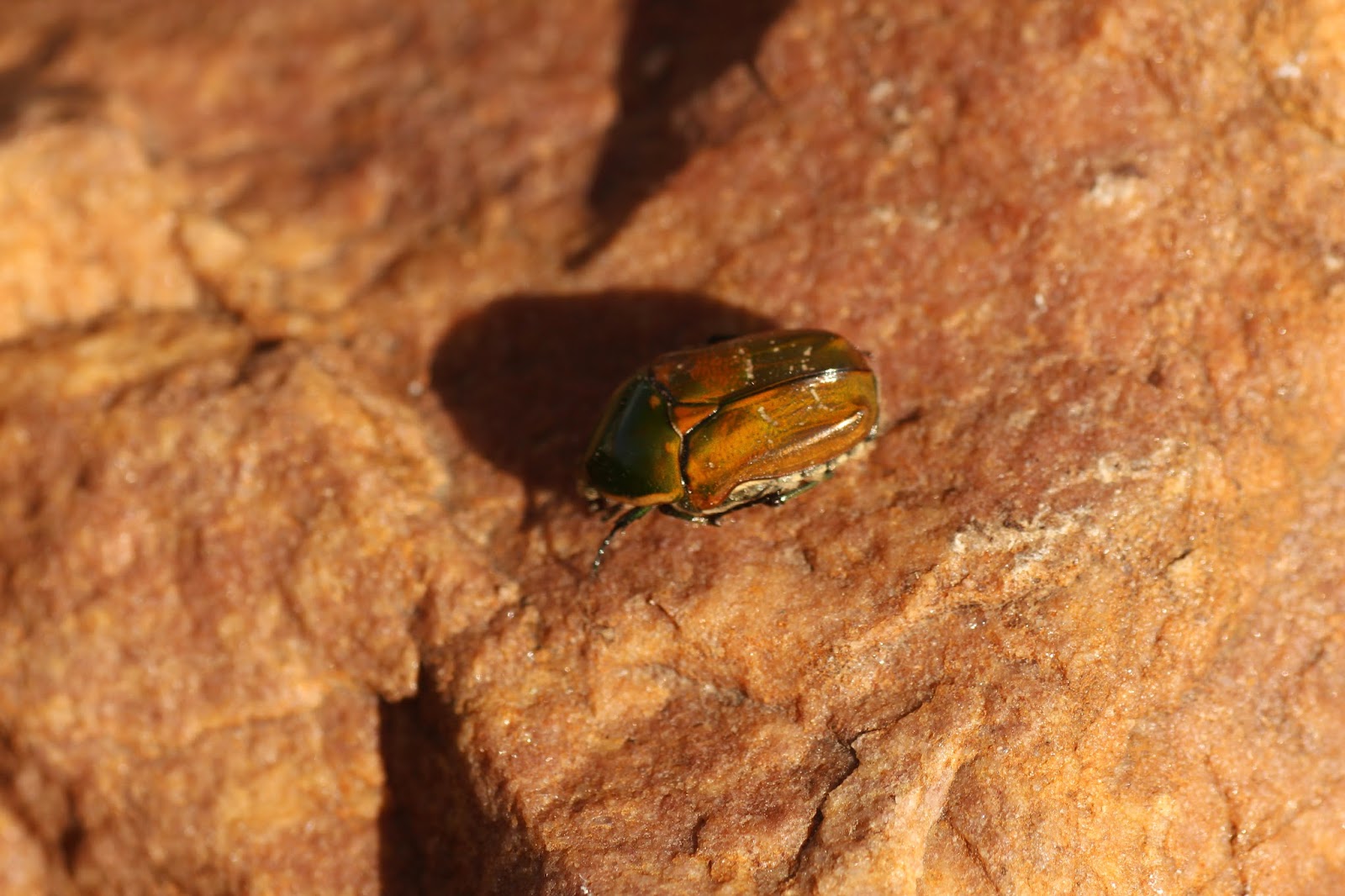 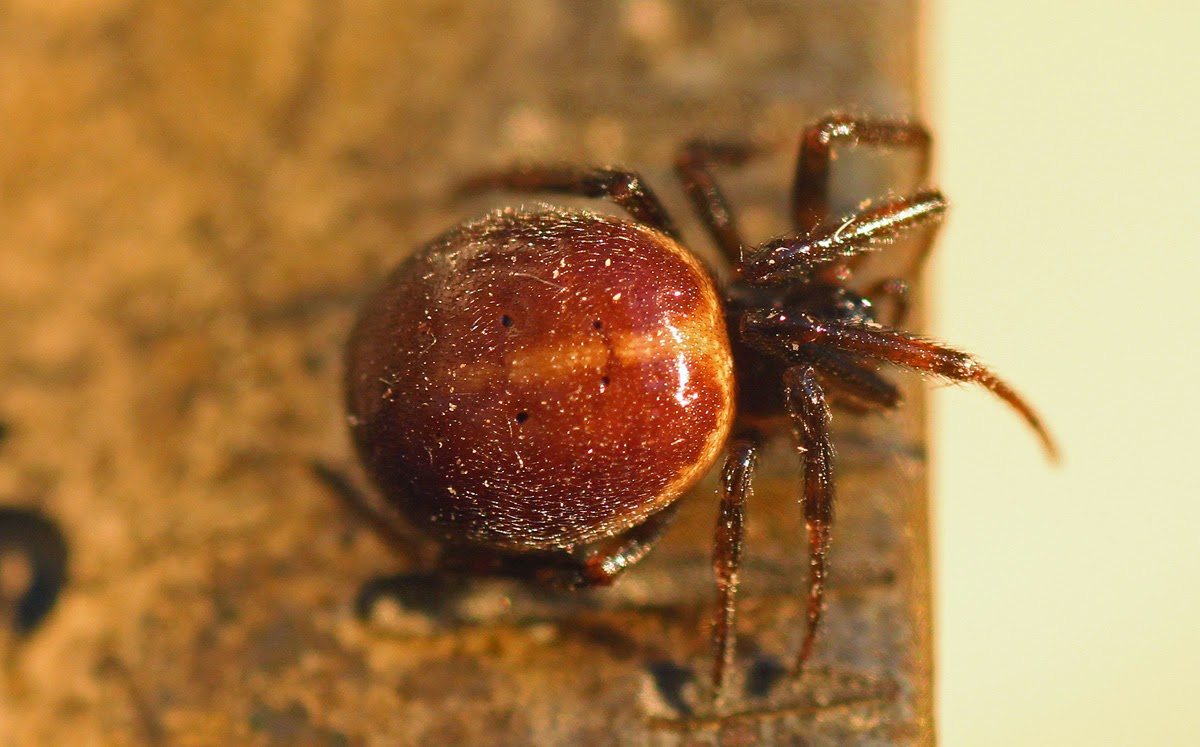 Northern False Widows (Steatoda borealis) are very common in Missouri, and they happen to be one of the spiders I receive a lot of inquiries about. They are native to the Eastern United States (mostly in the Northern states) but are now found in many Southern states. As its name suggests it resembles a widow with a very round, bulbous abdomen and dark colored body. When faced with a spider that looks like a black widow, people want to know if these spiders are dangerous. I am happy to let them know that this spider is completely harmless and poses no serious threat to humans whatsoever. I point out that true black widows are "black" and have red markings on the underside of their belly, usually in the shape of a hour glass. Although there is a species of Northern Black Widow in Missouri that has a broken hour glass, or something that looks like two triangles with points that don't quite touch. While black widows can give a painful bite that can land you in the emergency room, bites are rare as these spiders generally remain in or near their web and aren't prone to traveling much to seek prey, which means encounters with humans generally don't happen.

There are a few spiders in the genus Steatoda which possess venom capable of causing medically significant responses in humans, but most do not. The majority of people who may be bitten by one of these spiders would not experience any reaction at all. Like all spiders they have venom which is used to subdue prey, it is not designed to cause harm to human tissue, but if you are allergic to the proteins in the venom a very serious reaction may occur. 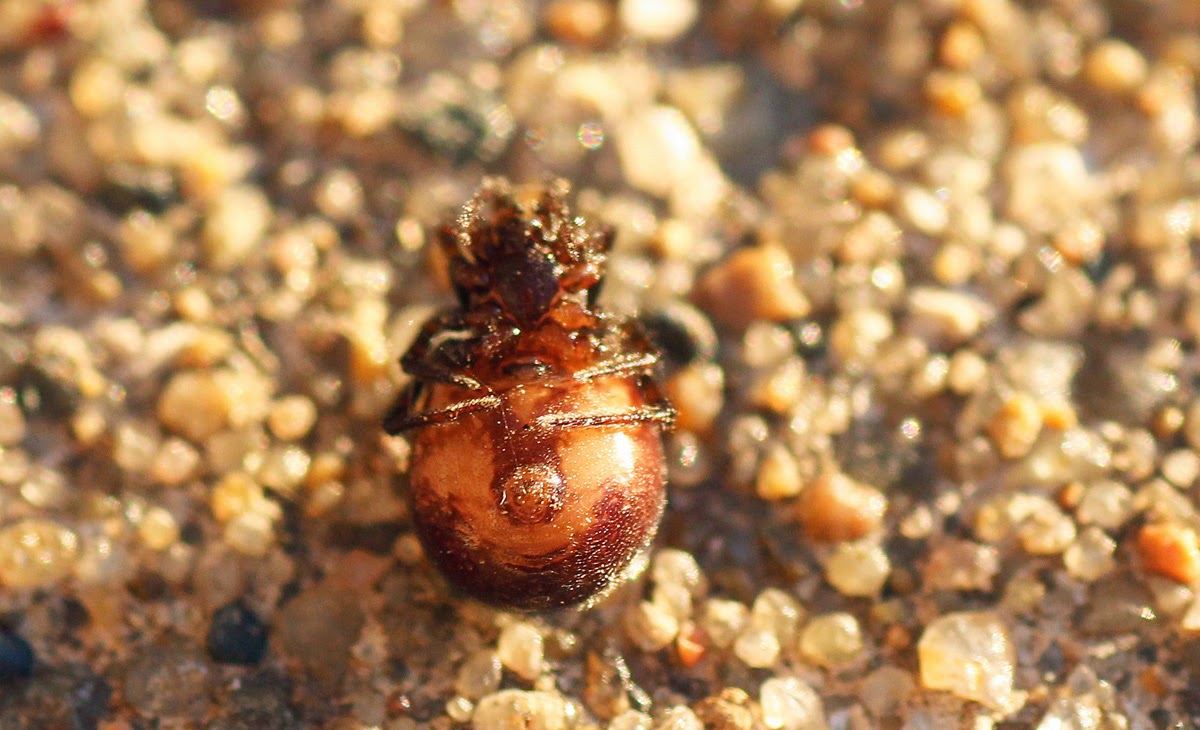 This species has a dark brown body, and a lighter brownish-red abdomen with a yellow or cream color "T" marking. The underside of the abdomen is much lighter than the top. 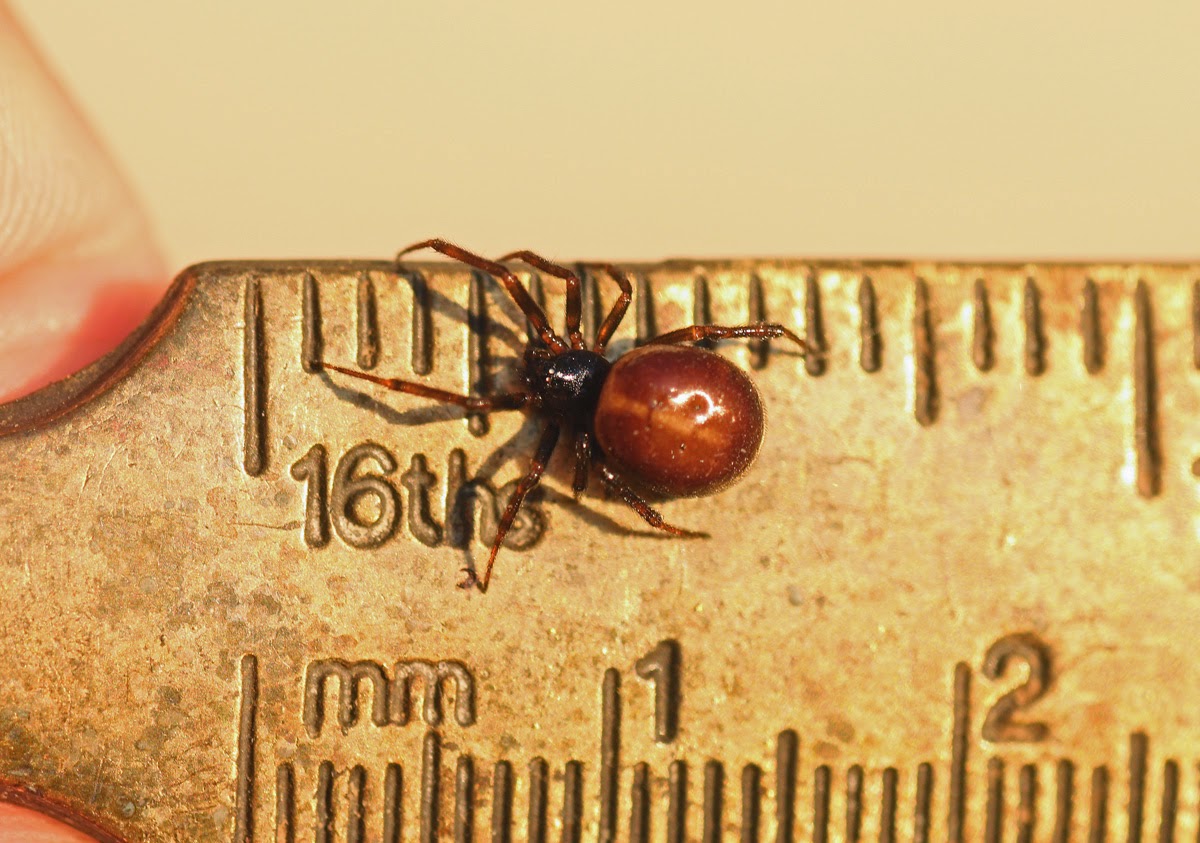 Reaching lengths up to 7 mm, females are larger than males, as is the case with most spiders. Females construct messy webs that males will tap on to signal to the female that he is nearby and interested in mating. The male will tap on the web in a specific little dance that hopefully the female will find enticing in terms of mating and not dining. If she is not in the mood for mating, she will capture him and treat him like any other unfortunate arthropod that finds itself in her web. However if she is receptive mating will occur. After mating, the female will form two or more egg sacs that she  places at the edge of her web and will guard. Egg sacs hatch in the fall when many dozens of spiderlings will disperse into the environment. Some females will overwinter if the weather is warm enough or if they are able to find a sheltered area. 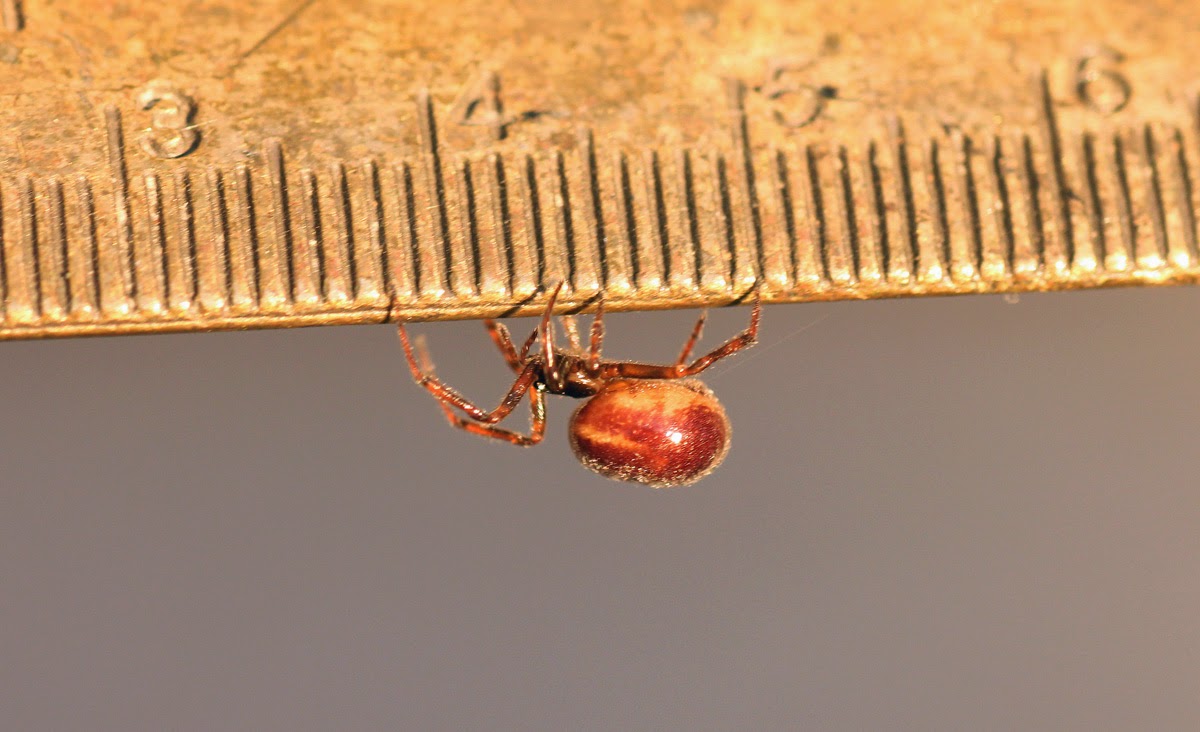 These spider will often build their webs in the corners of our homes, especially in cellars and basements, as well as outside under logs, rocks or other debris. Like all spiders they are beneficial because of their preference for many insects that may become pests like flies and certain species of moths. 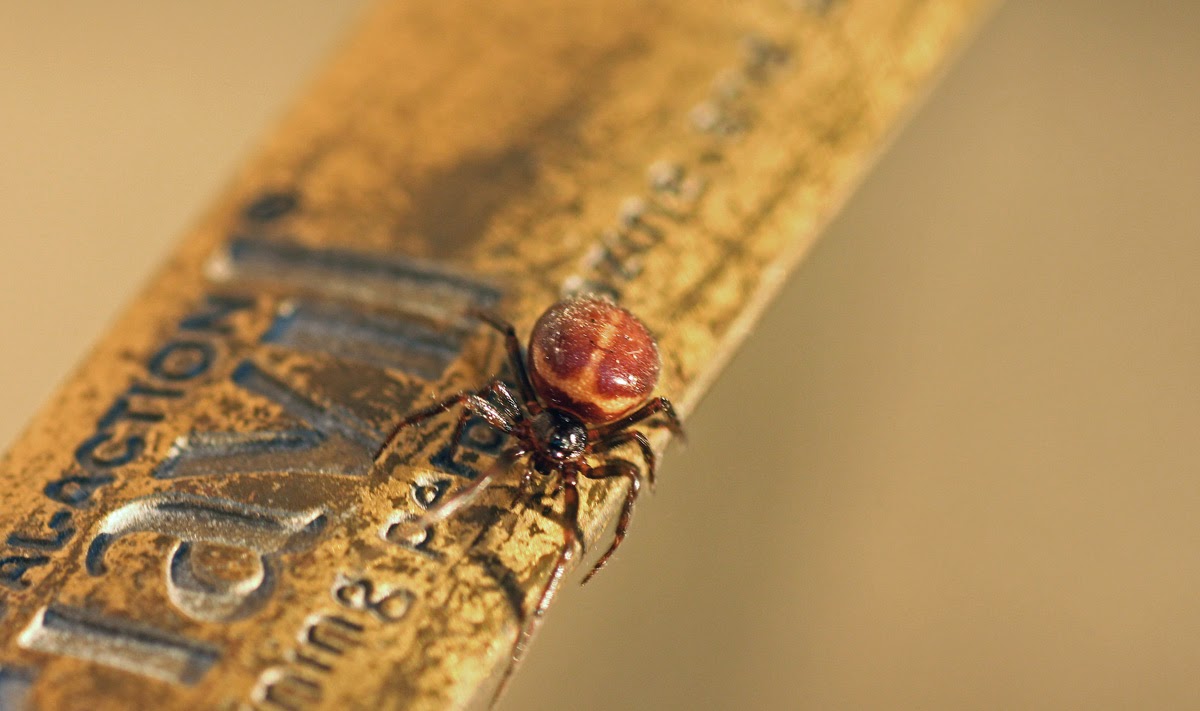