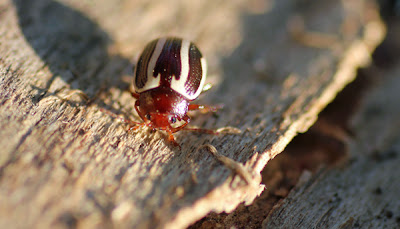 This adorable little beetle is a leaf beetle called a Ragweed Leaf Beetle (Calligrapha bidenticola). They are native to the Eastern United States and can be found in areas where ragweed is plentiful. Anyone with seasonal allergies has to appreciate the feeding habits of this beetle. These beetles are tiny at less than 3/8 of an inch and would be easily overlooked. Some of the most beautiful insects are the ones that are the easiest to overlook.

There are 38 species in North America within the genus Calligrapha, and many of them are almost identical, which can make identification difficult. I initially thought this particular beetles was  Zygogramma suturalis, which is also commonly called Ragweed Leaf Beetle. I sent the image into Bugguide.net and received a verified ID from Ken Wolgemuth. It is nice to know so many little bugs are feeding on such a noxious plant. 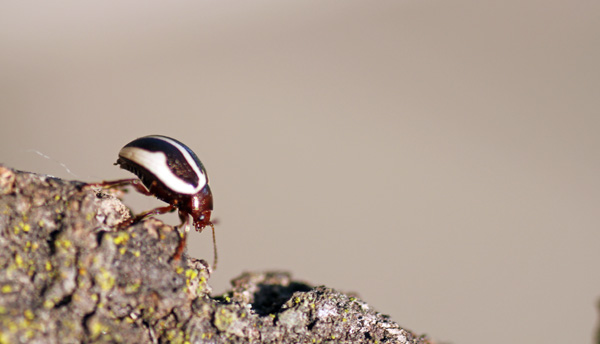