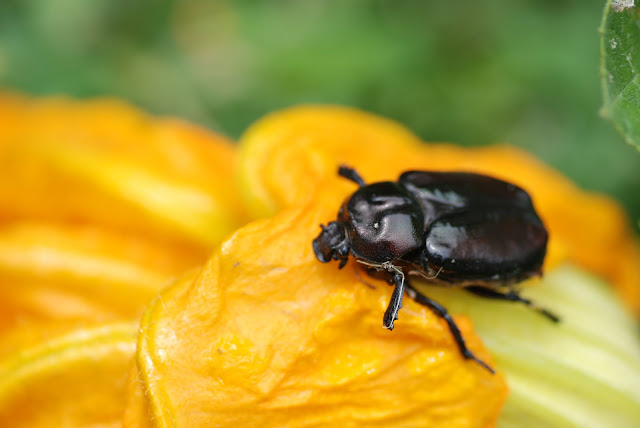 This flattened-looking beetle is called a Hermit Scarab Beetle (Osmoderma subplanata); They are sometimes called Odor-of-leather-beetle due to the fact that they give off an odor of Russian Leather. They grow to about 2 inches in length and are a beautiful dark chocolate brown.

There isn't much reported on them, but with the size of the beetle I would assume the grub would be quite large. Most likely they are like many scarab beetles and live underground or in decaying wood and feed on roots or wood.
Posted by Shelly Cox at 11:07 AM