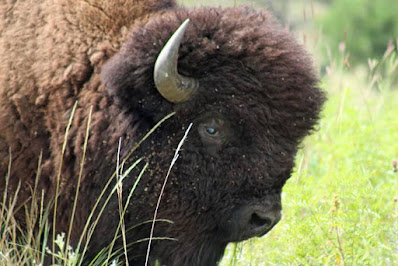 Saturday, November 5th, 2022 is National Bison Day, and each year since 2013, the first Saturday of November has been set aside to raise awareness of and to celebrate the largest land animal in the United States. In 2016, President Obama designated and signed into legislation the North American Bison as our national mammal. I can think of no other mammal more deserving of this honor. Their history is steeped in lore, tragedy and legend.

Bison arrived on our continent approximately 195,000 to 135,000 years ago during the middle Pleistocene period. They descended from the Siberian steppe bison, who in turn descended from other prehistoric bison-like animals. These herbivores roamed in large herds across the vast great plains of our nation for thousands of years. Early man evolved with the bison and depended greatly on all the bison provided, including meat, fur, hide, bones, and sinew. Nothing was wasted. By the 1700’s it was estimated bison herds exceeded thirty million in number. These historically large herds of bison fed on sedges, grasses and other plants in the prairies and woodlands, scattered all across the Great Plains.

They created large wallows by rolling around on the ground in dry dusty soil. These wallows served to rid the bison of shedding fur, and to help eliminate parasites as well as to relieve itchy skin. During mating season reproductive males will urinate in the wallows prior to rolling in it. This coats their skin in aromatic bodily fluids that advertise their dominance, and virility. These wallows serve an important ecological role in the prairie ecosystems. The shallow depressions of the wallows hold water and create shallow pools for invertebrates and small mammals to drink from. The action of rolling in these wallows also compress the soil and allow many plants to seed and develop. Some ancient wallows can still be spotted by airplanes flying over the great plains. As the plant life that developed within the wallows is a different color than the plants surrounding it. 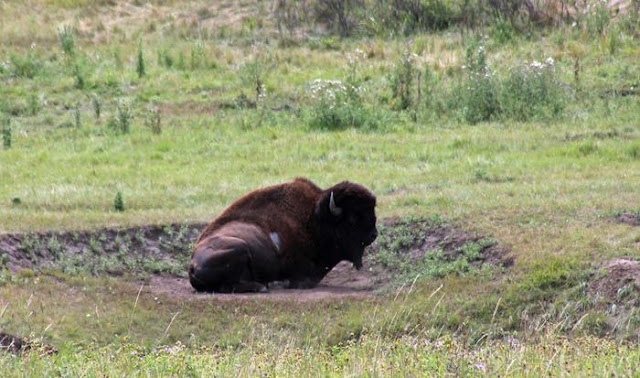 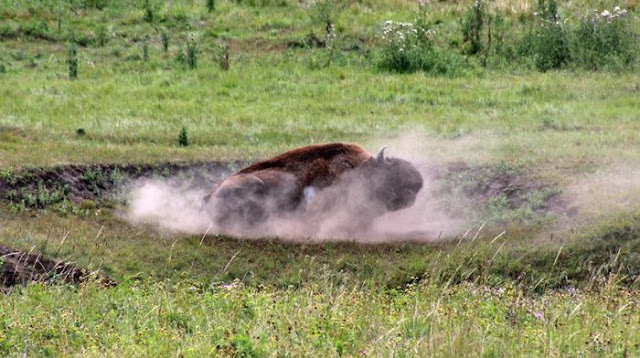 Nomadic by nature they migrated in vast numbers following food sources. The many Indigenous tribes that depended so much on the bison for survival developed nomadic ways of life alongside the bison. These native peoples followed the herds to summer foraging grounds, where hunting parties would harvest what their people needed to survive the long winters ahead. Most tribes honored the bison for all it provided with celebratory ceremonies consisting of dancing and feasting.

By the1800’s and with an increase in hostility towards native peoples the bison became the target along with the Indigenous people themselves. Reasons varied for the slaughter of these large beasts, but no one argues the main reason was to subdue the Indigenous nations who depended on them. Other reasons were to provide meat for a growing army and population of civilians, and for the value of the hide and fur. Europeans and settlers of the west also wanted to fence off the land and raise cattle, so by removing the bison they could accomplish this goal. Crow chief, Plenty Coups said of the massacre of the bison “When the buffalo went away the hearts of my people fell to the ground, and they could not lift them up again.” Most native people believed the bison would never go away because they had always been, how could they be no more? With the loss of the bison, there was also spiritual loss among the Indigenous people who were dependent upon them for their survival as well as spiritual well-being. The height of the slaughter was during the 1870’s and by 1889 it was estimated there were only 540 wild bison left in the United States.

In the early 1900’s awareness of what we would lose as a nation began to sink in and campaigns were adopted to save the bison. William Hornaday a naturalist during the 1800’s spent time out west among the bison and plains tribes both before and after the near extinction the iconic animal. He commented “It would have been as easy to count or estimate the leaves in a forest as to calculate the number of buffaloes living at any given time during the history of the species previous to 1870.” 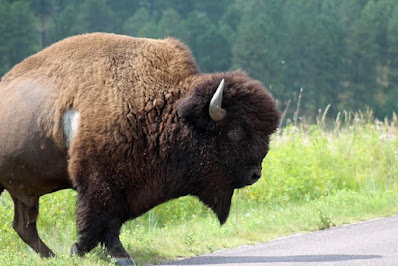 It is estimated there are 500,000 bison living in the United States today, with most of them in confinement being raised for meat, fur, hides and dairy products. Of the 500,000 only 15,000 or so reside in national parks and very few are considered truly wild. Yellowstone National Park holds the claim to the only true wild herd in our country. Nearly 5,000 bison live in the park and through DNA testing were revealed to be the descendants of the twenty-four known bison that were able to take refuge there during the height of the massacre in the mid 1800’s. With such a large population of bison in the park and with their wondering, migratory instincts many leave the refuge of the park and conflicts arise with ranchers and landowners. Will the bison ever truly be free to roam?

During the 1800’s some Europeans tried to domesticate the bison for meat and other resources. They soon found these animals are difficult to contain. They could jump six feet vertically, run at speeds up to 65 MPH when agitated and run through fencing, even if made of razor wire. Males weigh around 2,000 pounds and stand roughly six feet at the shoulders and are formidable when angry, females are smaller, at about 1,000 pounds, but still strong and capable of inflicting great harm to humans. With the turn of the 20th century and better fencing systems and a better understanding of the bison in general it has been easier to keep them in confinement, but they are still not without their challenges. In the wild, bison may live up to fifteen years, and in captivity they are capable of living twenty-five years. Females form maternal herds with other females and their calves. Males remain in the maternity herds until they are three years old at which time they leave and remain on their own or form small bachelor herds. Occasionally old males will be found with the maternity herds. The only time males and females intermingle is during breeding season. Typically, bison, because of their size, temperament, speed, and strength are safe from predation. Wolves are the exception. Late winter signals the southward migration of elk, and food sources for the wolves are scarce, and this is when they turn their hunting skills to the bison. Herds are weakened by heavy snowfall, and reduced availability of food. This makes it easier for wolves to cull the sick, dying, injured or very young bison in a herd.

Over recent years we have heard about or read about many human, bison conflicts, mostly in National Parks. People mistakenly think because these animals are so large and cumbersome looking that they pose no real threat to their personal safety. This is a huge error in judgement. Bison are territorial and quick to react to a perceived threat and can easily outrun and overpower a human. Bisons attack dozens of people annually and some pay for their mistake with their lives. There is nothing quite so awe inspiring as visiting a National Park and witnessing the bison freely roaming within easy viewing. These heart pounding encounters are sure to leave an impression! However, tempting it may be, please give them their space and do not attempt to pet the fluffy cows. 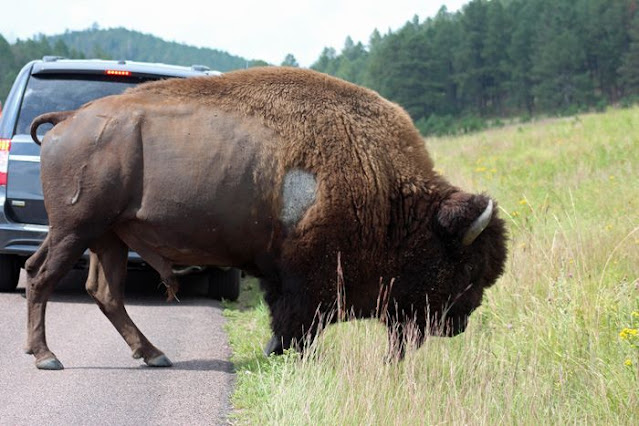 This coming Saturday take a moment to reflect on our national mammal, the bison, on a day set aside just for it and all it represents to our great nation.