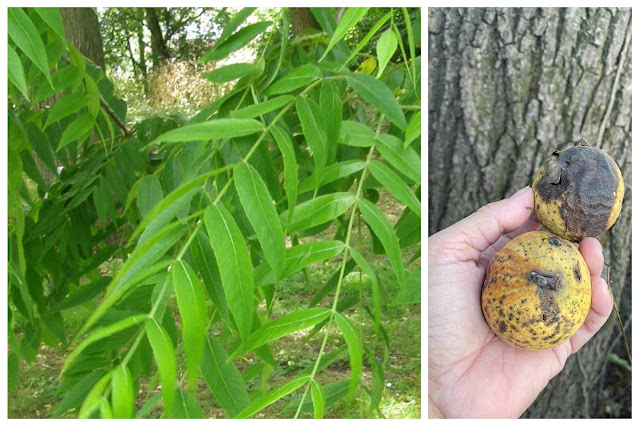 After a recent conversation with one of my readers I was interested in learning more about the most important tree growing in Missouri. Walnut trees have been around since the Pleistocene period. For more than 17,000 years man has utilized walnut trees as a food source. We can assume primitive man was aware the nut meat of walnuts was high in fatty oils and tasted good too. As far back as 7,000 years ago the earliest known cultivated varieties of walnuts began appearing and contained more nut meats within each hull. Archaeologists unearthed evidence of walnuts among other food items at a table in Pompeii at the Temple of Isis. This remnant of one of the worst natural disasters to ever strike humankind gives us a glimpse into the personal life of those living in the volcano ravished city and what their diet must have been like. One of the most common cultivated walnuts consumed by people is the English walnut and is believed to have come from Persia and was strictly reserved for royalty. The scientific name of Juglans regia literally translates to “Royal nut of Jupiter” The Romans referred to them as Jupiter’s royal acorn and were consumed only by royalty. Fast forward to more modern times and we learn that black walnuts produce a dye that early pioneers used to color cloth. During World War II gas mask filters were made from activated charcoal created from dried and pulverized husks of walnuts. Explosive manufacturers use dried walnut shells as a filler in dynamite. Even Native Americans valued walnuts and used the nut meats in baking and created diuretics with the inner bark of the tree. Want to repel insect from your home? Scatter the leaves of black walnuts around your home. The pungent smell is reported to discourage insects from sharing your space. With this brief glimpse into the past, we can begin to put a picture together of just how historically important walnuts have been to humans.

Worldwide there are twenty-one known species of walnut trees, and in Missouri the most common are the Black Walnut, Butternut and English Walnut. Of the three the Black walnut and butternut are native to our state. The English walnut is grown predominantly for food and is not known to be invasive or to spread out of areas where it is grown. At the turn of twentieth century Missouri was a leading timber producing state, with the 1909 being the peak of production. By 1910 nearly all trees large enough for logging had been cut. By 1920 there were no more large trees remaining that were suitable for logging and regeneration efforts began in earnest. Currently Missouri has fourteen million acres of forest land and ranks seventh out of twenty states in the Northeast in the amount of forested areas. Eighty-five percent of that land is privately owned, twelve percent is owned by the Federal government; predominantly in the Mark Twain National Forest, the remaining three percent is owned by state and local governments. One of the most common trees within these timber areas is the black walnut. Currently Missouri is the top producer of black walnut, and the nut is recognized as our state nut. Black walnuts, while loved by many for their nut meat can be a bit of a challenge to hull. Their outer shells are much thicker and harder than the English walnut making it a bit more difficult to get to the tasty treat inside. The nut has a stronger taste than its English counterpart and typically produces less nut meat per nut. Black walnut trees however are highly prized Worldwide for their durability and beauty. Because black walnut is a hardwood with a dense tight-grained appearance that polishes to a smooth finish, it is highly sought after worldwide in furniture making, fence building, woodwork in homes and for barns. Gun manufacturers have also traditionally used walnut for gun stocks. While other woods are also utilized, walnut is generally considered the premium wood for gun stocks. This in large part is due to the resilience to compression along the grain of the wood making it a sturdy (and beautiful) choice for guns. 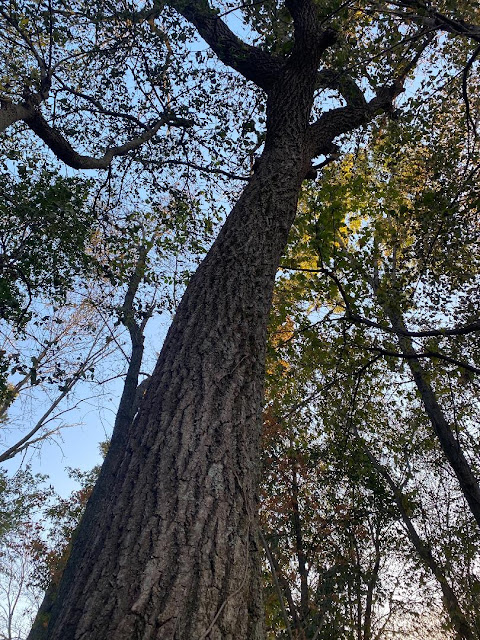 In Missouri walnuts are more common in the Northern regions and typically grow along creek beds, riverbanks, and forest edges. They may reach heights up to one hundred and thirty feet and grow strong straight trunks with high branching foliage, making them a canopy tree. They are a light loving tree and grow better in sunlit areas sheltered from high winds. Walnut trees are usually drought tolerant and maybe this is due in large part to their long root systems and preferred growing habitats near water sources. Flowering takes place in early spring with male catkins developing from leafless shoots from the previous year. Female flowers appear in a cluster at the peak of the current years’ leafy shoots. It takes from between 7 to 15 years for the tree to produce the signature walnut. Once nut production starts, they will produce nuts each year with peak nut production beginning at about 20 years of age. Like all nut producing trees, there are boom and bust years. Walnuts may go two or three years with little nut production, then have one or two abundant years, before giving way to leaner years once again. This cycle will repeat itself throughout the tree’s life. Want to increase productivity of your walnut tree? Tradition says you should beat your tree with a stick. This will remove any dead limbs and encourage the stimulation of new shoot formations. I am not sure what your neighbors will think, and the recoil might be a bit much, but who knows maybe it will work.

These ancient trees are arguably one of the most important trees growing in our landscape. From prized lumber, tasty nuts, medicinal qualities, shade, and food for wildlife the walnut tree is truly a tree fit for royalty!