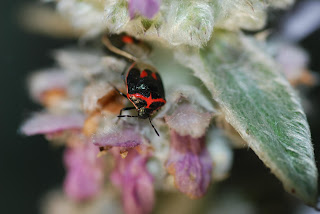 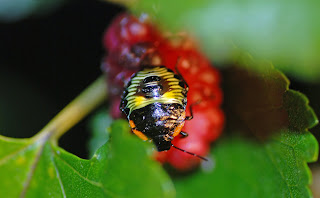 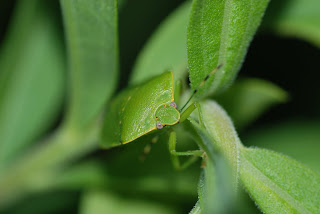 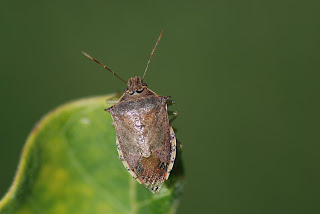 Stink bugs are a common sight throughout the spring and summer. I find them in my gardens in large numbers. Many people don't realize how diverse they are and how many different species there actually are.

With over 200 species throughout North American there is no shortage of individuals to see or photograph. All of the images here were taken in Fillmore and Savannah Missouri. The color variations are only limited to your imagination. The anchor stink bug alone can have many different color forms, ranging from red, white, black and iridescent blue or purple. Most are shield shaped and thus are sometimes called Shield Bugs. Most species overwinter as adults. When spring arrives they become active again and start seeking mates. The females will lay eggs in clusters on leaves. after the eggs hatch the young nymphs will begin feeding. Most prey on other insects. As adults their diets vary by species, some will pierce plants with their "beak" and suck the juices from the stems of the plants. They can cause serious damage to plants. Other species (Anchor Stink Bug) prey on insects, especially caterpillars. These species are considered beneficial because of this. You will find them in various types of habitats, including gardens, meadows, roadsides, agricultural areas, etc. Stink Bugs get their name aptly enough from the foul-smelling excretion they exude when disturbed. 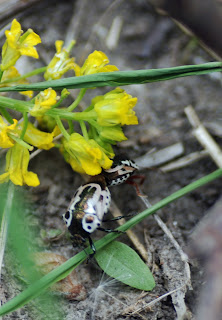 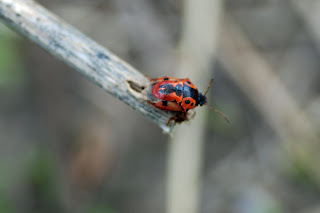