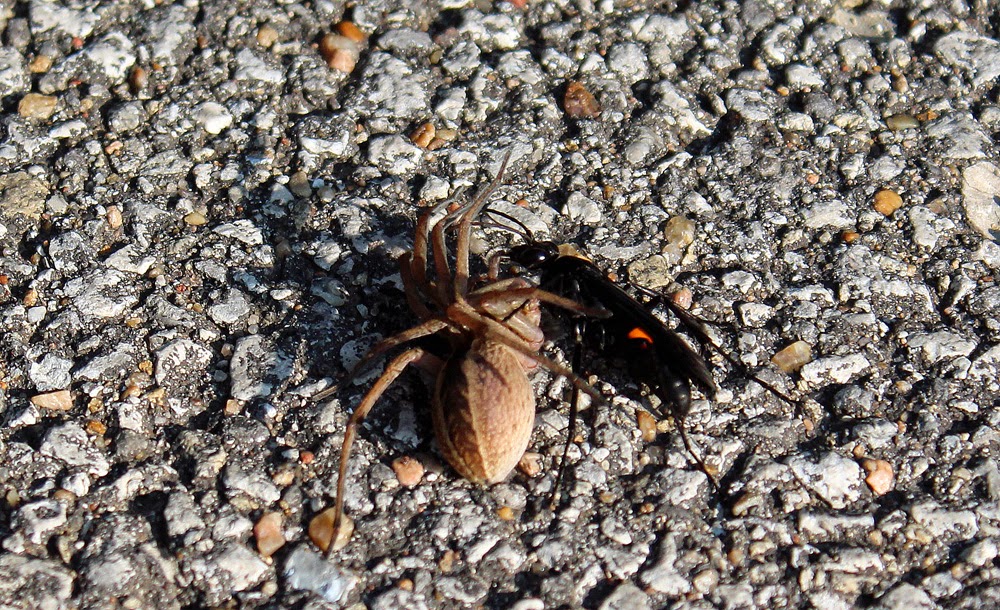 Spider Wasps in the family Pompilidae are a cosmopolitan group of wasp with somewhere around 5,000 known species and subspecies Worldwide. As their name would suggest they hunt spiders. There is even a subfamily called Ceropalinae that are known to cannibalize their own kind.

While at Squaw Creek awhile back I saw something small, quick and moving erratically across the road in front of me. This begged to be investigated, so I pulled the car over and found this largish wasp dragging a paralyzed spider from one side of the road to other. I couldn't help but feel somewhat sorry for this poor spider. He was stung, paralyzed, drug across the ground, then across the asphalt and was destined to be a meal for a hungry wasp grub. It is highly doubtful that the spider has any cognitive thought, and that is certainly a good thing. To be aware of your paralytic situation and impending doom at the mouth of a hungry wasp baby and not be able to do a darn thing about it would be the stuff of nightmares. 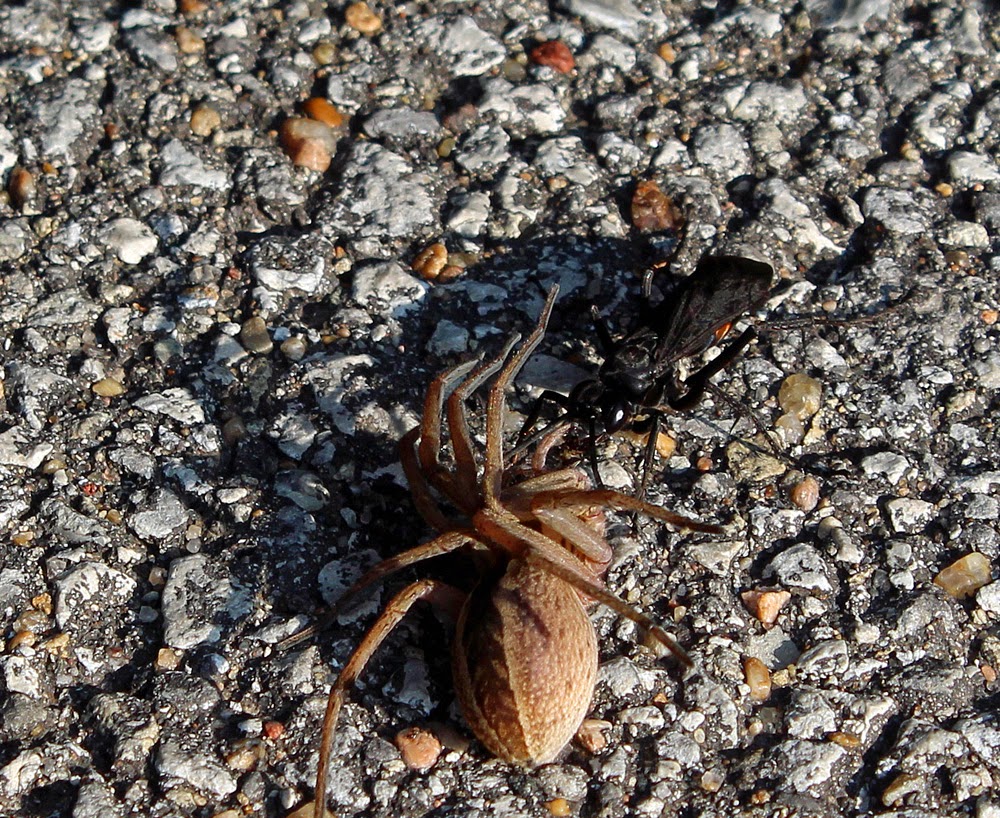 My presence was casting shadows over the wasp and causing her some pause and she would temporarily leave her prey and wander away. A few minutes later she would return and drag the spider a few feet more and then in a very nervous manner she would depart again. This went on for quite some time and it took her more than 15 minutes to finally reach the other side of the road with her quarry. The spider was quite a bit larger than she was, so the fact that she could maneuver this spider at all is a feat in and of itself. The species of spider is a type of wolf spider called a Rabid Wold Spider (Rabidosa rabida). This particular spider would be very defensive and I imagine not an easy adversary to subdue. I would have loved to see her initial interaction when she discovered the spider and made the decision to use it as food for her offspring. I'm sure it would have been a sight to see.

In most cases the wasp will have dug a burrow prior to hunting for a spider to provision it with. Occasionally though she will dig the burrow after finding her prey. Once she has maneuvered the spider into the burrow she will lay an egg on the abdomen of the spider and then close up the burrow entrance to protect her offspring from predators. When the egg hatches the wasp grub will feed on the paralyzed spider. They will leave the vital organs of the spider until right before they are ready to pupate, this way the spider does not perish before the wasp larvae is done growing. Once the wasp larvae has reached its full size it will form a silken cocoon and pupate. It will emerge the following spring. The size of the spider can determine the sex of her offspring. Larger prey generally produces larger reproductive females. From the size of this wolf spider I think it was destined to feed a female wasp grub.

Spider hunters are solitary wasps and therefore calmer and gentler by nature. They are only prone to sting if mishandled or mistreated. Colony nesting wasps such as hornets or yellow jackets on the other hand tend to be more defensive and more easily provoked. They are guarding nests, queens, offspring and food stores. With so much to defend they need to be on their guard. Whereas solitary nesters like spider hunters are not guarding anything. Once the eggs are laid the offspring are on their own and survival is all up to luck. 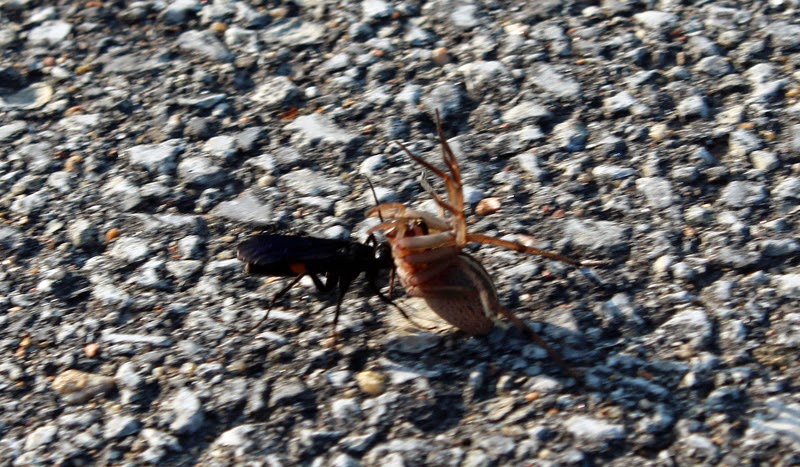