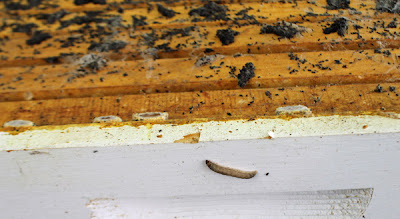 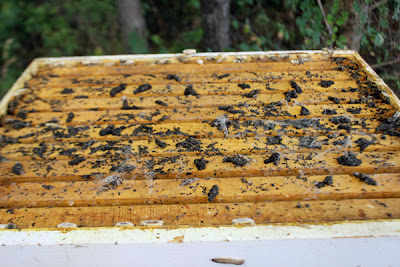 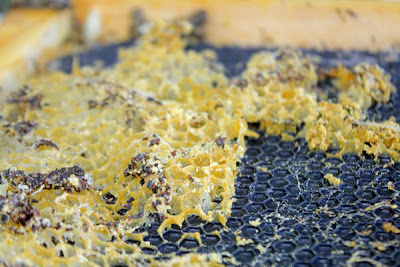 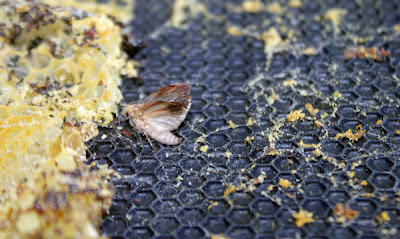 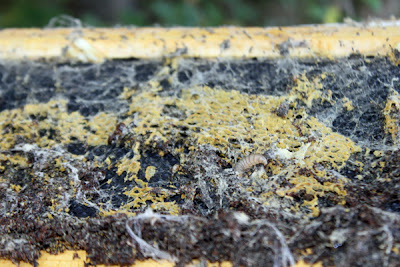 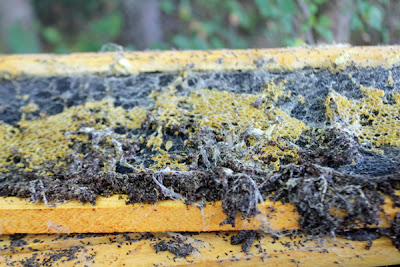 This fall when the weather cools down  I will clean up the mess in the hive and sterilize it. Next spring I will try once again to raise a successful hive. The smaller hive I had I gave to Shannon to hand over to another bee keeper so as not to risk it getting contaminated with waxworms. So hopefully next spring will turn out better.
Posted by Shelly Cox at 4:40 PM