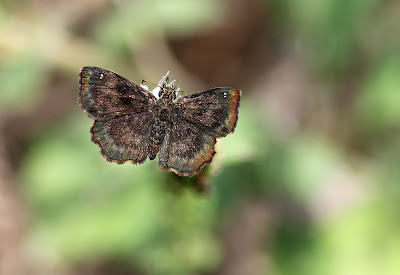 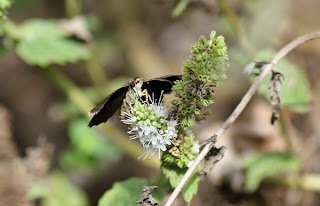 Males will perch low in vegetation to attract passing females and will mate with receptive females. Eggs will be laid one at a time on the leaves of host plants such as Lambsquarters, in the goosefoot family, and occasionally chaff flower (Alternanthera) in the pigweed family. In Missouri there will be two broods, one in the spring and one in the late summer.
Thanks Betsy for the ID on this subtly beautiful butterfly.
Posted by Shelly Cox at 10:03 PM