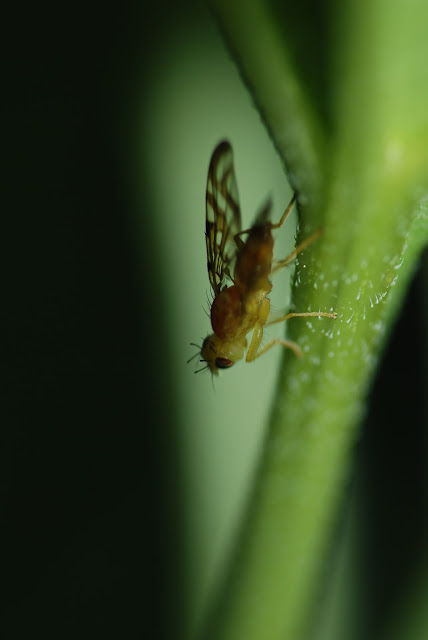 There are two families of fruit flies, Tephritidae (pictured here) and Drosophilidae. Fruit flies in the family Tephritidae are large, colorful flies with elaborate wing markings and are sometimes referred to as Peacock Flies. There are over 5,000 species of fruit flies in 500 genera. Therefore there is no shortage of specimens to study. Many fruit flies cause significant damage to agricultural crops, especially fruit trees. One species Bactrocera oleae targets Olive Trees and when they invade an olive grove they have the potential to destroy the entire crop production. Most of the species that wreck havoc on crops are within this genus (Bactrocera).

Females lay their eggs in the plant tissue of a wide variety of plants, when the eggs hatch the young maggots begin feeding on the soft tissue of the plants. In large numbers these flies can cause substantial financial loss for agricultural producers. Other species are considered beneficial because of the preference for preying on other species that are causing the damage. Most of these flies have very short lifespans and only live up to one week or less. 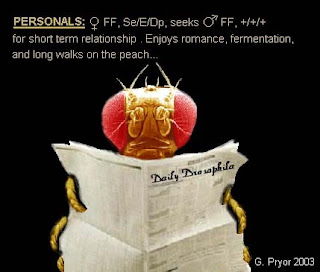 I find these flies occasionally near our garden, and they are most likely after the veggies growing there. We have never found them in large numbers, generally just a few once in awhile. I think they are one of the most beautiful flies I've ever seen. They are exceedingly difficult to photograph and be able to do all those brilliant colors justice. 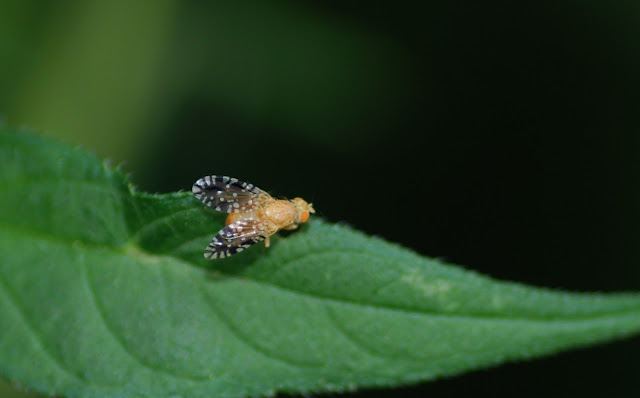 Then there are the pesky little fruit flies in the family Drosophilidae, these are the tiny little flies that magically appear in our fruit bowls. It doesn't seem to matter if the fruit is fresh or on its way to the compost bin, they are there flying around, landing on the fruit, hovering near our eyes. Where do they come from? Are the eggs in the fruit when we purchase it? Are they hiding out in our homes just waiting for the tempting aroma of fruit to appear? It really is a mystery, and one that I have never been able to solve. We've always called them gnats because of the diminutive size. They are dark in color and have bright red eyes. Because of their tiny size seeing these fine details can be difficult.

(internet image)
For all their annoyances, these are really one of the most beneficial flies that exist, to science at least. These flies have long been studied in laboratories all over the world. They are easily kept and only require small containers to be kept in, and a little water. They complete their lifecycle in about 10 days making research much more rapid. Then there is the added advantage that very few if any people will object to scientific studies being done to a mere insect. About 75% of known human diseases have genome matches in the common laboratory fruit fly. This makes them significantly helpful in solving many of the mysteries surrounding common and maybe not so common diseases that plaque mankind. They are being used as a marker in the study of Parkinson's, Huntington's, Alzheimer's, diabetes and many forms cancer just to name a few.


Next time we swat at those pesky fruit flies perhaps we should gives thanks for the all the good they do for us.....and just maybe we should consider it is worth losing a little fruit....
Posted by Shelly Cox at 2:02 PM