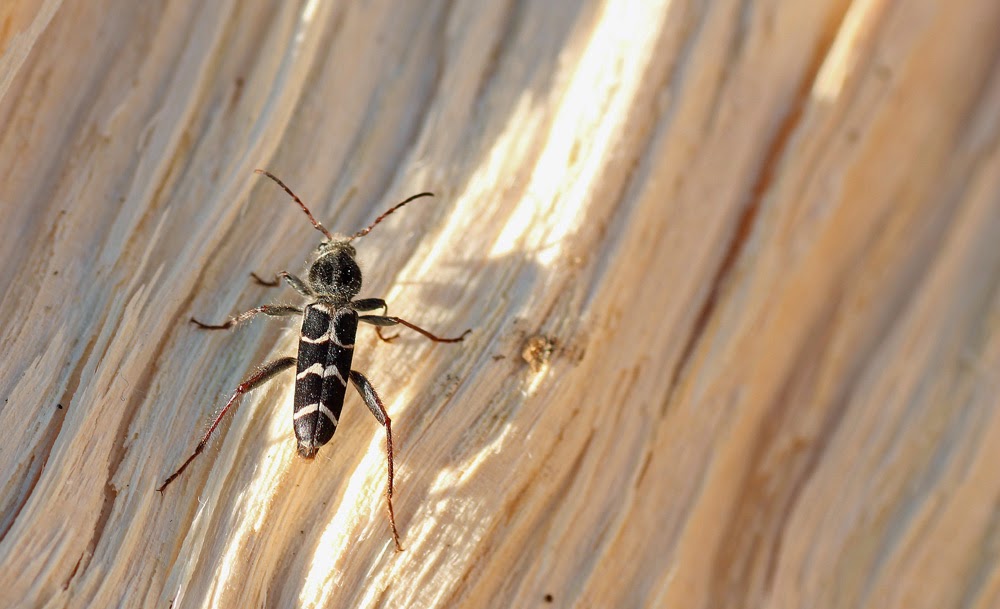 This seems to be the week for longhorn borers as our woodpile came to life on Saturday with dozens of these long-legged, longhorn beauties. I had never seen this particular species before and after inquiring on facebook, one of my friends knew right away that is was a Banded Ash Borer (Neoclytus caprea). Like the Painted Hickory Borer I posted last week, this one is also a wasp mimic which is easy to see why by the image to the right. Their black and yellow (or white) striped markings and long legs are very wasp-like in appearance.Their movements are also erratic like wasps. It was very difficult to get clear images of these beetles as they are very fast moving and prone to flight when you get anywhere near them. I spent well over an hour just trying to get a few passable images. Insect photography will certainly teach you patience....or drive you buggy, not sure which. 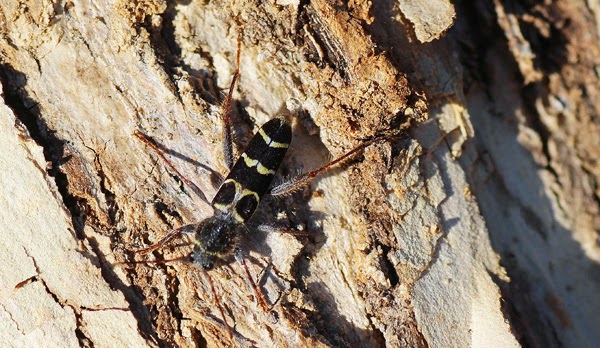 Banded Ash Borers are found throughout Eastern Canada and most of the United States. They use Ash, Mesquite, Hickory, and Elm to lay their eggs in. Rarely do they infest healthy trees, instead they prefer trees that are stressed or dying. Adults emerge early in the spring, typically in April, but obviously as early as March if the weather is warm enough. They will also be found in firewood and emerge from logs in your homes, sometimes in large numbers which can be worrisome if you aren't familiar with them. They are harmless and will not bite, sting or otherwise harm us. They will also not harm your woodwork or furniture. They look for trees or firewood with the bark still intact in order to lay their eggs. If you are overly concerned about finding these beetles in your home, removing the bark from your firewood will solve the issue.

Females lay their eggs in the cracks or crevices in the bark of host trees or firewood. The eggs hatch and the larvae, called round-headed borers, burrow into the sapwood where they feed until late summer at which time they form pupal chambers in the wood just below the bark and spend the winter in this stage. In the spring the adults emerge and look for mates. They complete one generation per year, but if the female chooses firewood to lay their eggs it may take as long as 2 years to complete their lifecycle.

There are few insects active this time of year, so when warm days bring out pretty beetles like this, it is hard to not get somewhat excited. 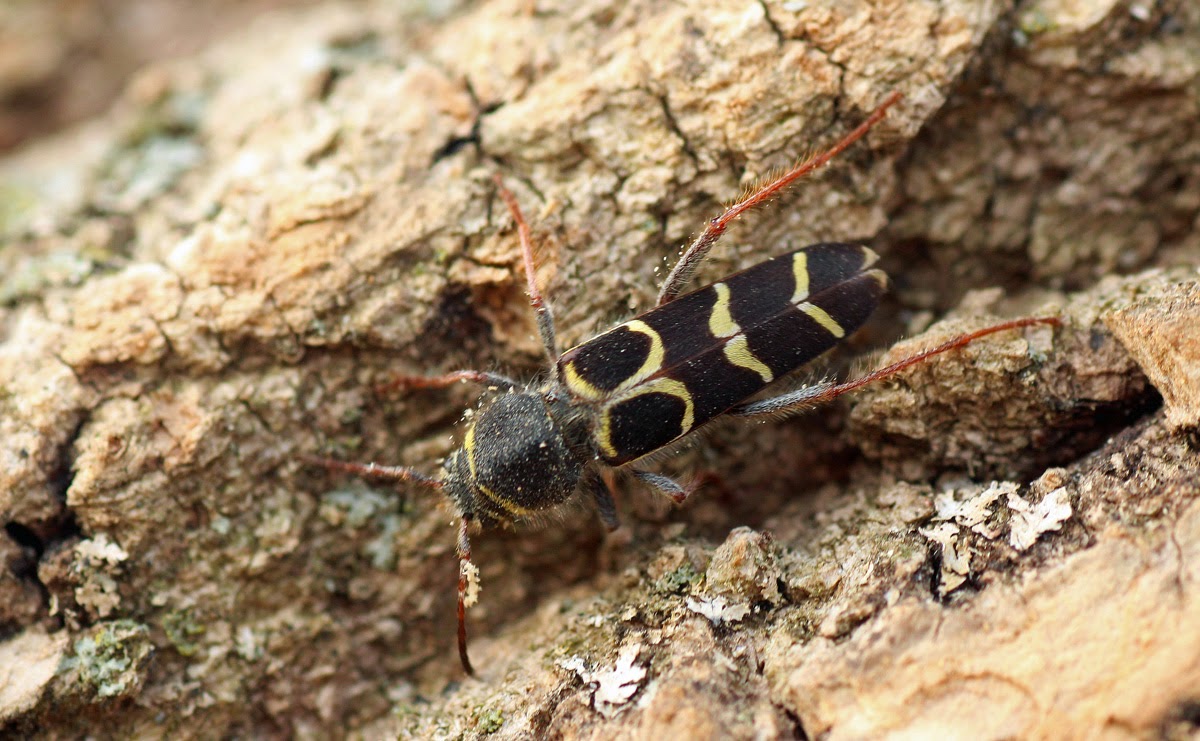