Flower Scarab Beetles in the family Scarabaeidae are common throughout the United States and they are attracted to the fragrant blossoms of a wide variety of plants. They are also attracted to fermenting fruit so are often found on decaying fruit. They can sometimes become pests in orchards or vineyards. Because of their habitat of visiting flowers like the milkweed here, they are also pollinators. Carrying pollen from one plant to another as they bumble around looking for nectar. They are considered bumble bee mimics because of the sound of their wings and their flight pattern. They are somewhat uncoordinated in their landing however and often "crash" into the blooms. 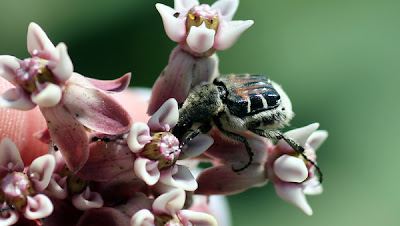 I think the beetle pictured here is the Hairy Flower Scarab or sometimes called a Bumble Bee Mimic Beetle (Trichiotinus assimilis). There are eight species within this genus in North America. As larvae they live and grow in rotting timber. 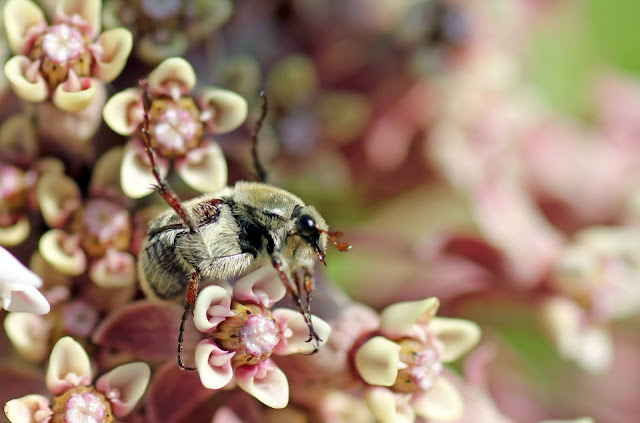 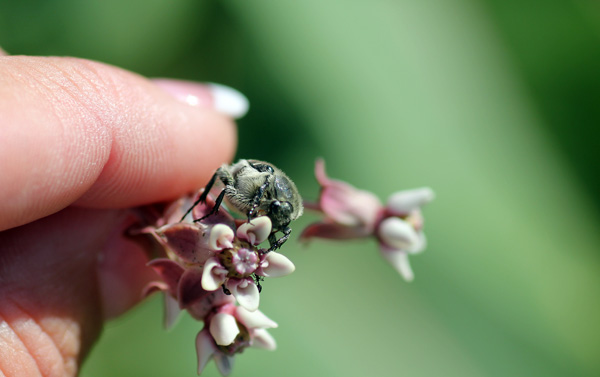 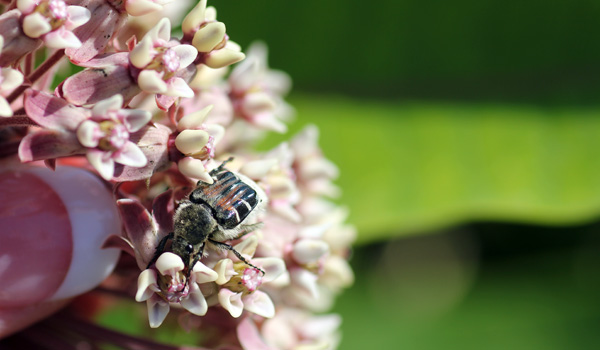