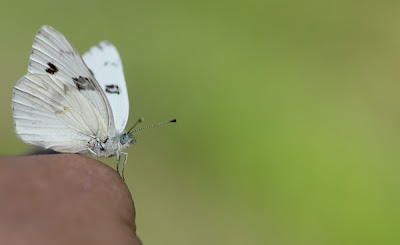 This sweet little white butterfly is a checkered white butterfly (Pontia protodice). They are common throughout Missouri as well as their entire range. They occur in Mexico and the southern United States throughout the entire year. In the spring, summer and early fall they will be found further north in the Midwest, western United States and Southern Canada. Rarely are they found in the New England states. Look for them in roadside ditches and near gardens where they nectar at a wide variety of flowers including alfalfa, mustard and other roadside composites. Males patrol for females, and once mated the females will lay eggs two at a time on the leaves of mustard plants, capers and Rocky Mountain Bee-plant. Gardeners often complain about these butterflies as a favorite food source for the caterpillars is cabbage plants. They should not be confused though with another white butterfly that often occurs in large numbers and also favors cabbages and that is the Cabbage White Butterfly (Pieris rapae). 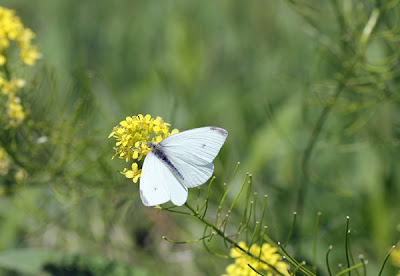 Cabbage Whites are not native, they are originally from Europe and arrived in the America's sometime in the 1860's.They are found Worldwide and considered cosmopolitan now.  Both species are similar; both are white, both have black markings, but careful examination of the wings will show the subtle differences.

Cabbage whites are mostly white with yellowish-green undersides. Females have  two black spots on their upperwings whereas males have one spot on each wing. Checkered White's have much more black pattern on their wings than cabbage whites do and females have more pattern than males. The underside of the wings are yellowish-tan. They are similar in size with up to a 2 1/4 inch wingspan. Both species will be encountered in the same habitats. Look for them in gardens, weedy ditches, waste ground, roadsides, railroad beds, meadows, parks and within the city. 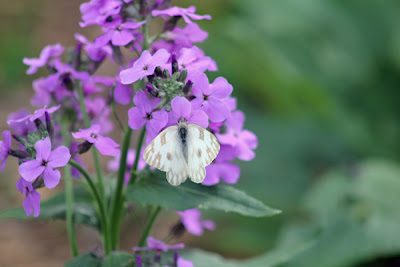 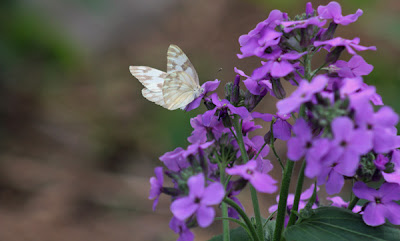