Sunday we drove to the farm to set out some turtle traps in the hope of capturing a common snapping turtle to use for a program we are giving at work Tuesday evening. After wading into the pond and setting both traps we headed to the local diner for lunch. We had just pulled into the parking lot when my brother-in-law called and said they had a timber rattlesnake captured in the shed on another farm (where we had previously tagged several). Joey and I immediately left the restaurant and headed to the farm to see the snake. 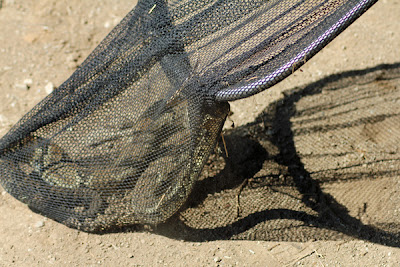 We pulled in to see Tony holding the snake inside this fish net. It was not rattling or trying to strike. It seemed fairly calm. We released it from the net so I could take come pictures. After photographing it we placed it in a plastic barrel for safe keeping until I could contact Dr. Mills and have him meet us at the farm to document the snake.

This snake had recently shed its skin  and was as bright and shiny as new coin. 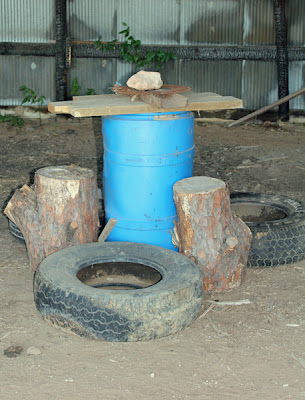 Tony (my brother-in-law) and Jimmy (my father-in-law) were determined to make sure the snake wouldn't get out of the barrel. The measures they took to keep it contained made me laugh. It looks like they are trying to contain an anaconda instead of a 3 foot rattlesnake! I believe this snake will remain in the barrel until we remove it. Once in the barrel it began rattling in earnest, and the sound of it in the barrel was magnified making it sound like a box full of cicadas. The first time I heard a rattlesnake vibrate its rattle I was stunned at how much it sounded like a cicada. In an area where cicadas are plentiful and rattlesnakes occur it can be kind of freaky. Your mind will play tricks on you....is it a cicada?....or.....is it a rattlesnake? Then you begin looking around to make sure you aren't about to step on a snake hidden in the grass.
Once everyone was satisfied that the snake wasn't going to escape we left and headed back to the diner to eat lunch. After enjoying a tenderloin and fries we headed home and I still could not contain my excitement over the rattlesnake. I think I tried calling and emailing Dr. Mills at least 5 or 6 times. I simply could not wait to tell him about the snake. He returned my call and agreed to meet us bright and early the next morning. 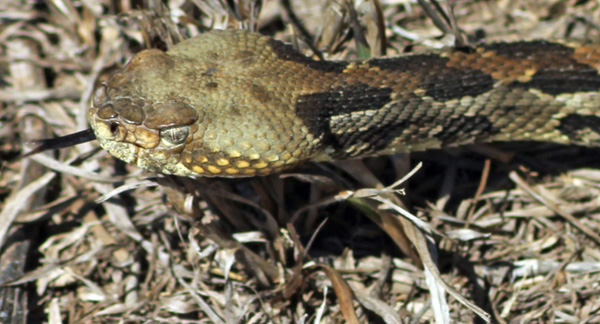 I arrived at the farm at 7:40 AM to find Jimmy and Tony already there. Dr. Mills and Cindy arrived shortly thereafter. We peeked in the barrel and our captive was still present and accounted for, but unfortunately the stress from his capture and incarceration caused him to regurgitate two partially digested mice. I felt bad that we caused him so much stress, but I also knew the data we would obtain from this snake will be invaluable in gaining more knowledge on this misunderstood and often vilified creature.

We removed the snake from the barrel and quickly contained it inside a clear tube. It was remarkable how fast we were able to tube this snake, it normally takes numerous tries to coax them in, after just two attempts it was safely secured. 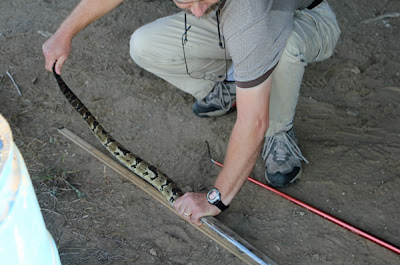 (right after getting the snake in the tube we measured it.
It measured 99cm or just over 3 feet in length) 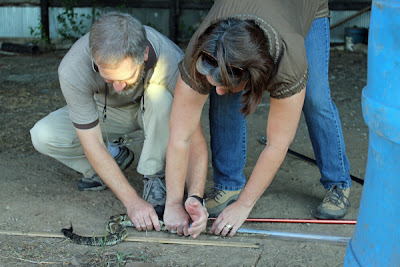 (Here we are preparing to hand the snake over to me) 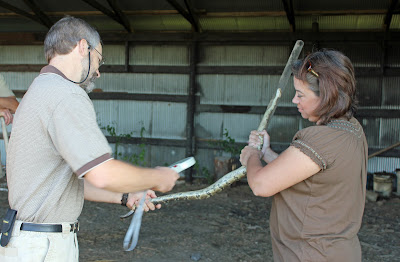 (Scanning the snake to see if it is one we had previously pit tagged. No BEEP, so it is a new snake. He probed the snake and we happily discovered it is a male. We know he has at least three females nearby, so hopefully he is breeding his little harem) 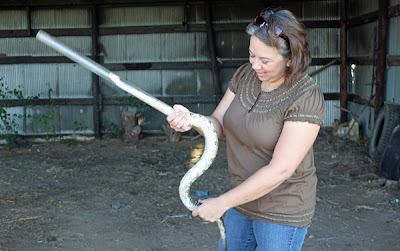 (The snake is trying really hard to back out of this tube, it is amazing how strong their muscles are. Right after this Dr. Mills inserted the pit tag.) 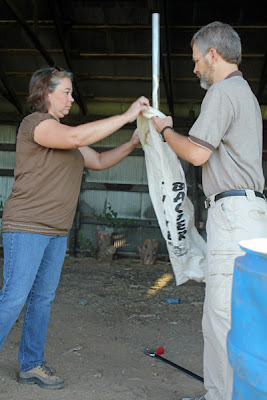 (Here we are bagging the snake to weigh it---it weighed 1000 grams, or just over 2 pounds) 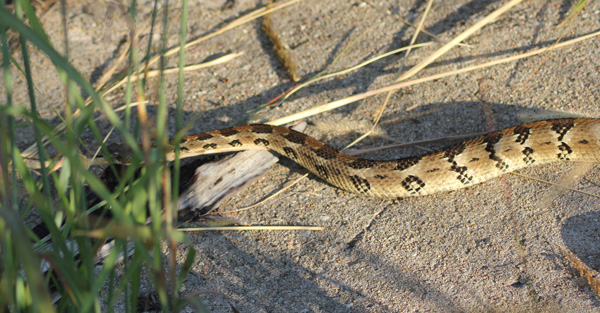 (We carried the snake about 100 yards away from the shed and let it go on a concrete slab that has a lot of rock piles and other places to safely hide)
In four months we have found 4 rattlesnakes on this farm. Each one has been in the vicinity of the shed and corn crib which is approximately a 150 yards radius. We are curious to know where they are hibernating. We plan to radio tag one before the season ends and they all go underground for the winter. We will be able to gain much more knowledge about their habits and habitat with this additional technology. Ultimately we want to be able to protect their winter locations and perhaps locate gravid females. 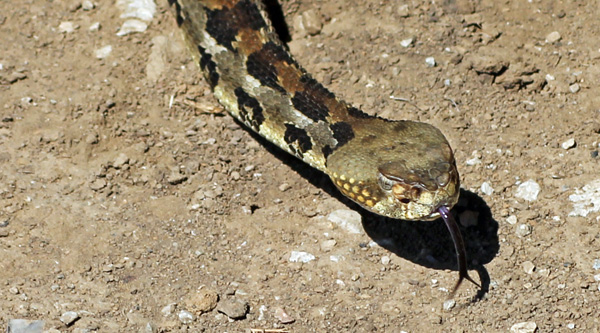 The fears and stigmas associated with this species of snake ultimately leads to many unnecessary deaths. Ignorance breeds fear! Often if we can reach out to people and share our passions we can change attitudes. I am proof that it works. My in-laws used to kill every rattlesnake they saw, now they are helping preserve them for future generations! 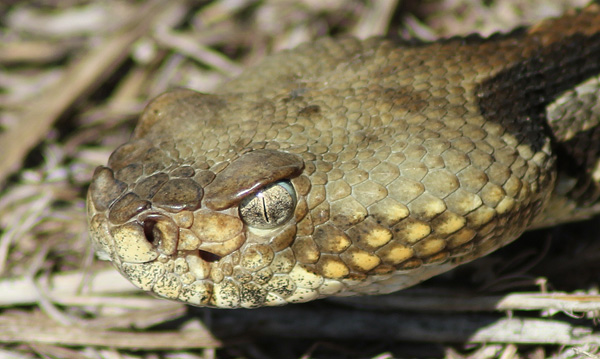