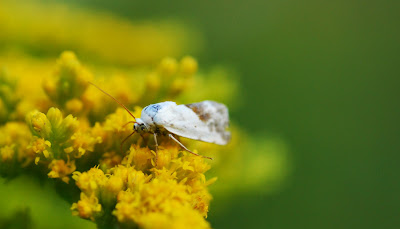 There are many different species of "Bird Dropping Moths" in the family Noctuidae which are the owlet moths. They are small moths, in fact I think this particular species is called "Small Bird Dropping Moth (Tarachidia erastrioides). Usually less than 1/2 inch in length, and various shades of white, brown and olive green; give them the appearance of "bird waste" from which they get their common name. One can assume this resemblance to something so distasteful gives them protection from predation, after all who, or what, would want to eat bird poo? YUCK!

Bird Dropping Moths can be found throughout the United States and Canada. Missouri is home to several species:   Like the one pictured here called the "Exposed Bird Dropping Moth (Acontia aprica). They can be found in gardens, open fields, backyards, and often come to lights at night. They are easily flushed from tall grasses during the day. They nectar at flowers and are often seen during the daytime. 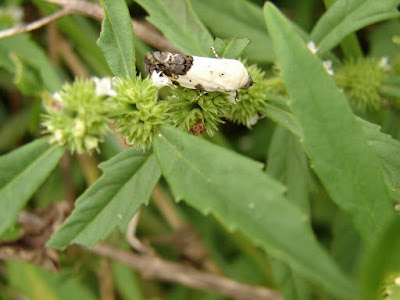 (Photo By: Steve Scott)
Another bird dropping moth, and my personal favorite is the "Beautiful Wood Nymph" (Eudryas grata). It is easy to see where they get their common name, they truly are beautiful. They are a cornucopia of colors, lovely chocolate browns, cream, mustard yellow, olive green and white all combined to give the illusion of bird dung, but I must say this is the prettiest pile of poo out there. Their little legs are even cute and look like they are all covered in fuzzy nylons. I typically see 4 or 5 of these each summer near our porch light or a pole light on the shed. They do not seem to be as plentiful as other species of bird dropping moths, at least not in my general area of NW Missouri. 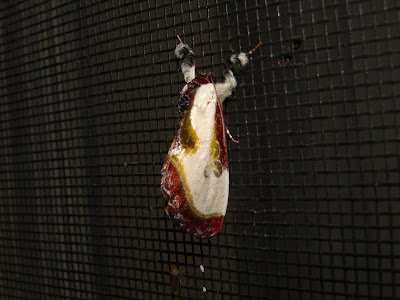 (Photo By: Steve Scott)
Mother nature has no limitations on her imagination or originality. She will go to great lengths to protect her creatures, even if it means making them look like something the Birds left behind. Many creatures in the insect world implement this strategy as a form of protection, including many butterflies, whose caterpillars look like bird droppings as well.
Here are a few more photos of examples of bird dropping moths, below each picture it gives the photographers name.
(Photo By: Steve Scott) 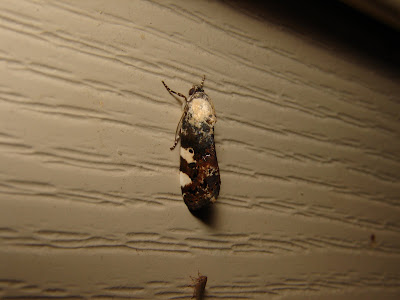 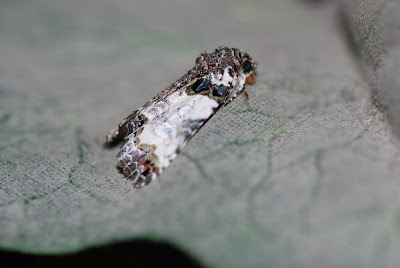